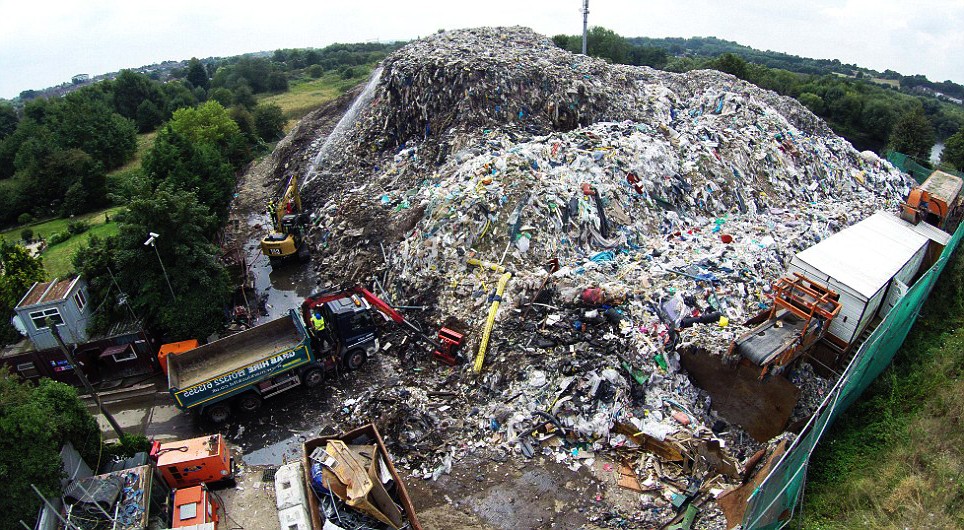 The 40ft high towering mountain of waste, which is infested with rats and smells like ‘rotting corpses’, has been acclimating for 3years. The nearby residents have had enough and demanded action.

The 2500 tonne waste mountain is prone to catching on fire, with summer temperatures scoring. Firemen have been called to 23 fires at the site with one blaze lasting 10days. 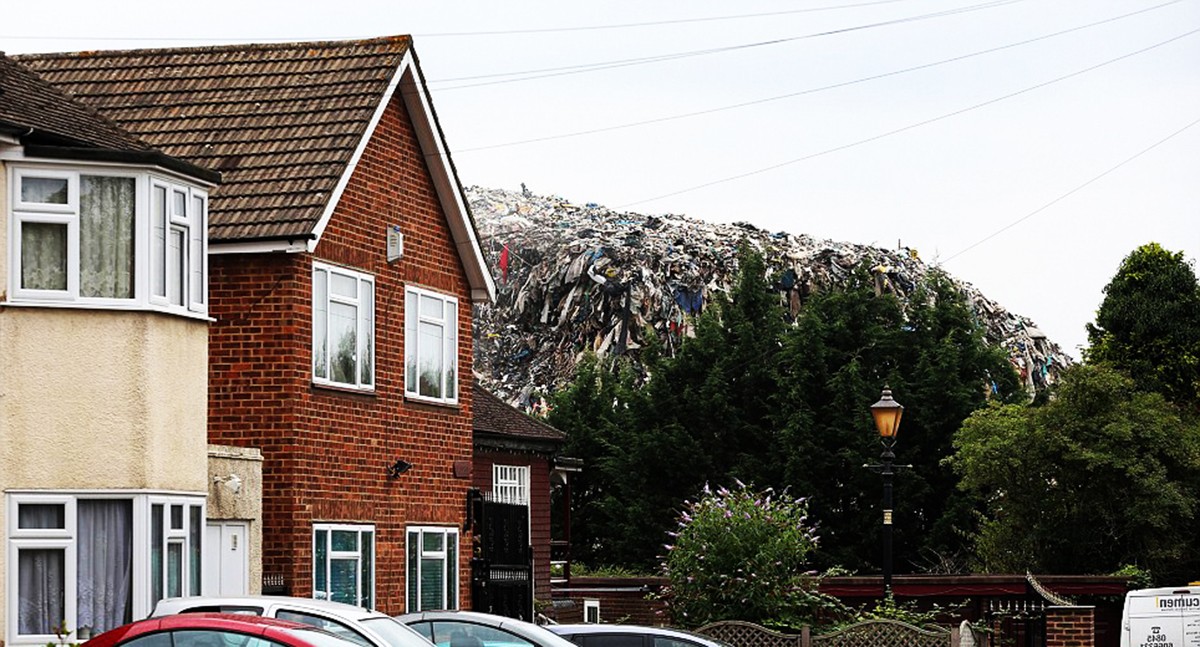 After 3 years the Environment Agency have finally taken action against the waste company claiming it has not been paying for the mound to be treated and sent on for disposal or recycling elsewhere. Instead the company has been charging others to dump their muck, Recycling, as well as Wait and Load Rubbish, and letting the mountain grow. 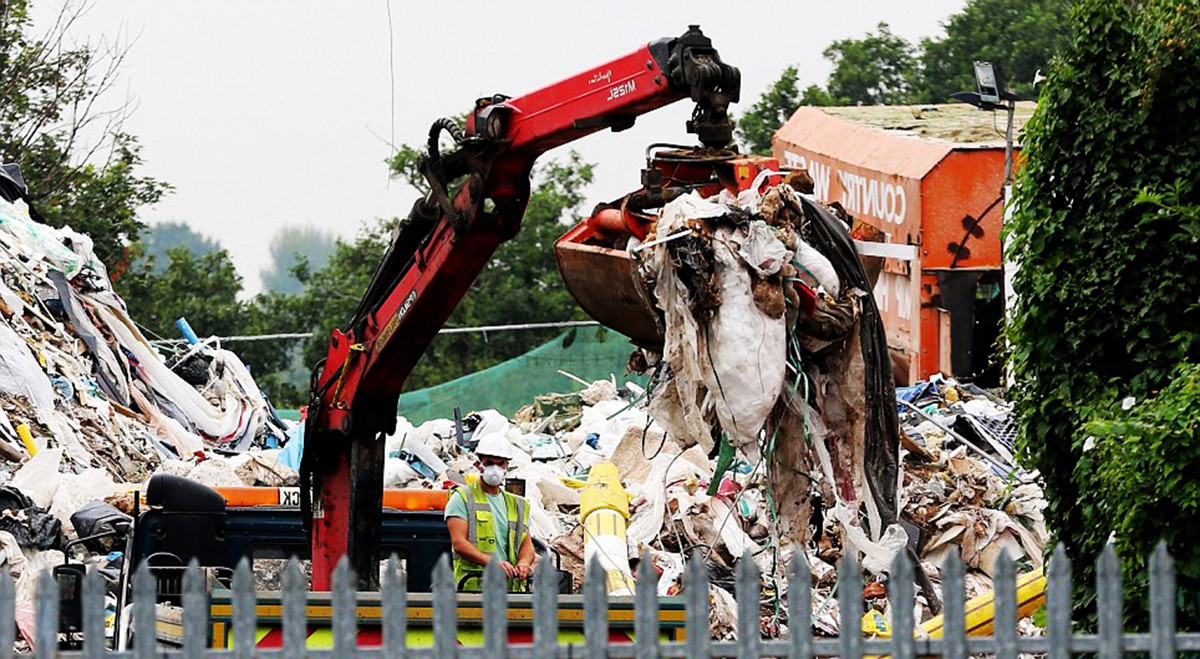 Bomb squads closed a street near Clapham Common on Friday (26th September 2014) afternoon and local residents were required to leave their homes as the street was put on high alert after a landscape gardener discovered an unexploded bomb, which dated back to the Second World War.

At around 3pm a Landscaping Contractor and a Grab Hire company discovered the Second World War bomb while carrying out aggregate supply works. Local residents and shopkeepers were shocked by the news while waiting for the specialist bomb disposal unit to make the device safe. 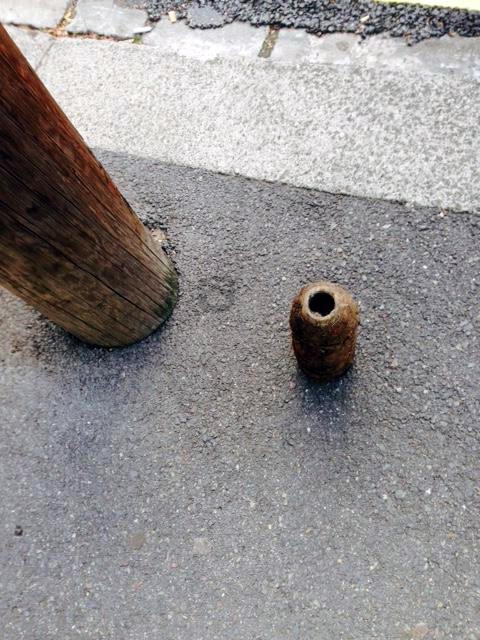 The homeowner had a interest in war films and took the device to a friend a few streets along, who confirmed it was in fact a bomb. It then dawned on the Homeowner and Grab Hire London Company that the bomb could  have gone off.

Lucky, the emergency services attended and there were no casualties.

Around 5 billion plastic bottles were sent to landfill sites last year, many of which were collected by wait and load rubbish removal in London. These statistics come from a survey carried out by Pledge4Plastics. This fact is undoubtedly worrying with Britain only recycled 43.9 percent of waste, which is a fall compared to last years 44.1 percent. Currently the UK are behind Germany who are the global leader at 65 percent.

According to Pledge4Plastics, each UK home on average uses 440 plastic bottles a year, with statistics showing only 250 bottles are being recycled.   One in five people admit to disposing of plastic in the correct bins. 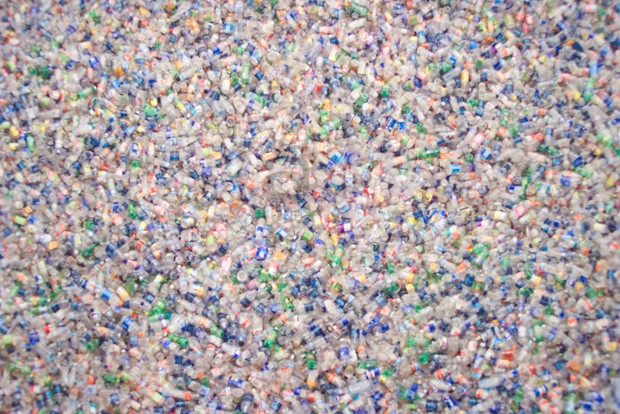 Regardless off the countless Whitehall Campaigns, Britons are not doing enough. Nearly 33 percent of people thought they recycled as much as they can but one in ten children admin to not even care.

Wait and load rubbish removal services try to lead by example, recycling up to 90 percent of plastics and other general building waste.

However, this is about to change, as a UK urban mushroom farm based in Devon have launched the growth of ‘Oyster mushrooms’ which amazingly use recycled coffee grounds.

Coffee grounds are full of nutrients and instead of being thrown away, can be recycled to grow protein rich ‘Oyster Mushrooms’.

The Urban mushroom farm uses coffee grounds from local coffee shops to produce the mushrooms which showcase how food can be sustainable!

We at Ashville Aggregates believe this is fantastic news and another step in the right direction towards sustainable future.

Waste Management In The Maldives

The Maldives is famous for its clear blue sea, breath-taking beaches, and luxurious accommodation. However, Alison Teal, an award-winning filmmaker, visited the island of Thilafushi and has opened our eyes to a shocking issue affecting the Maldives that until now many of us were unaware of.

An extraordinary amount of rubbish is being washed up on the islands. Alison and her photography team took these shocking images to document the waste problem. 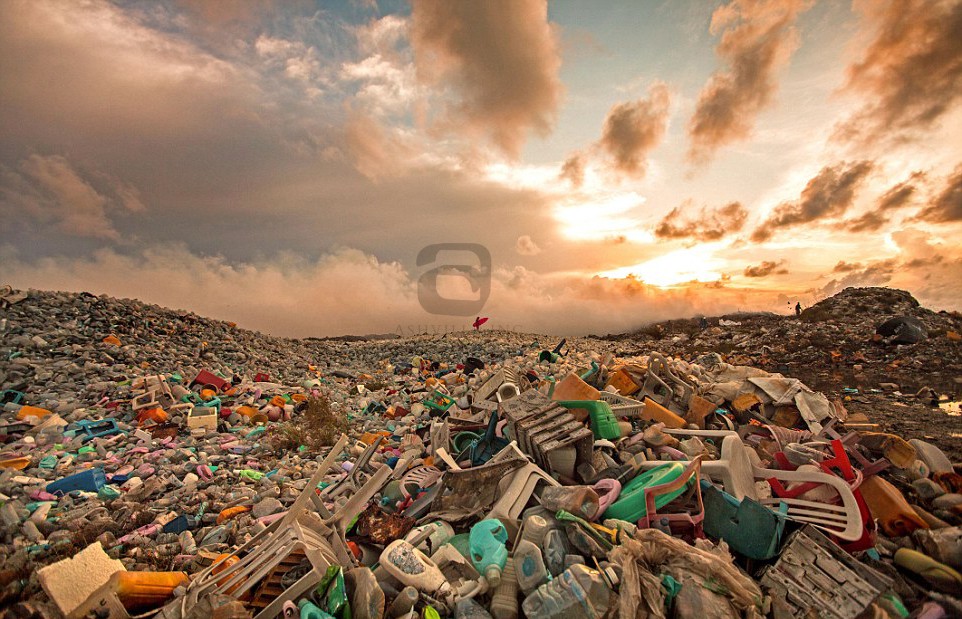 More than 400 tons of plastic bottles and waste are dumped on the Maldives Islands every day. The tourist industry is allegedly largely to blame. On average each tourist will generate around 3.5kg of waste a day.

Shocked and overwhelmed by the amount of plastic bottles and rubbish that covers the island, locals collect the rubbish in an effort to save the threatened environment. They also transform them, making plastic fashion such as bikinis and skirts. 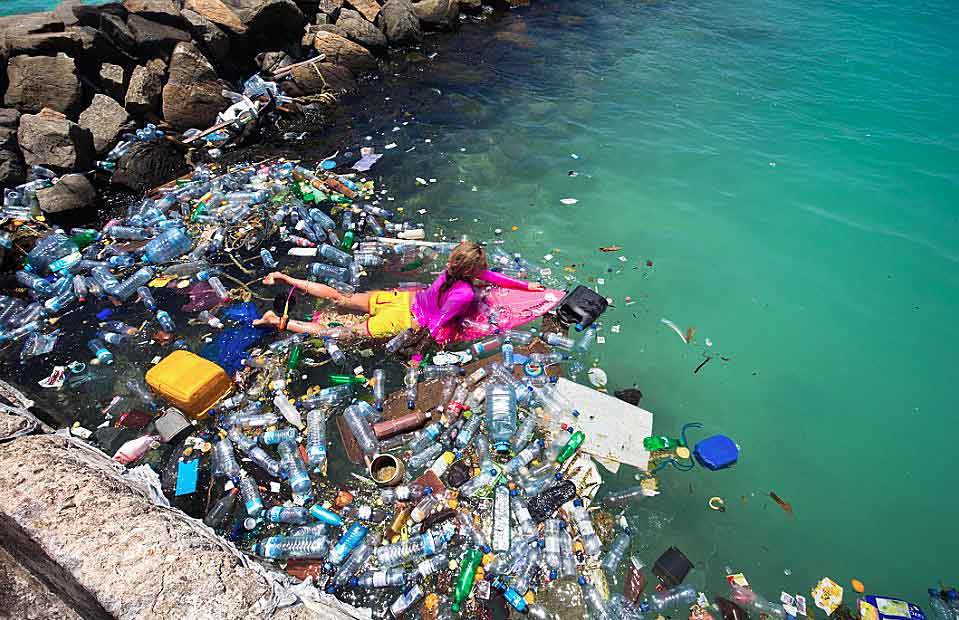 To leave the island Alison and her team made a raft from the bottles which were washed up.

The beautiful 1200 islands within the Maldives could soon to be ruined by the amount of rubbish and waste that is being created and swept up. Stunning beaches will turn to landfill sites if waste management is not acted upon soon. 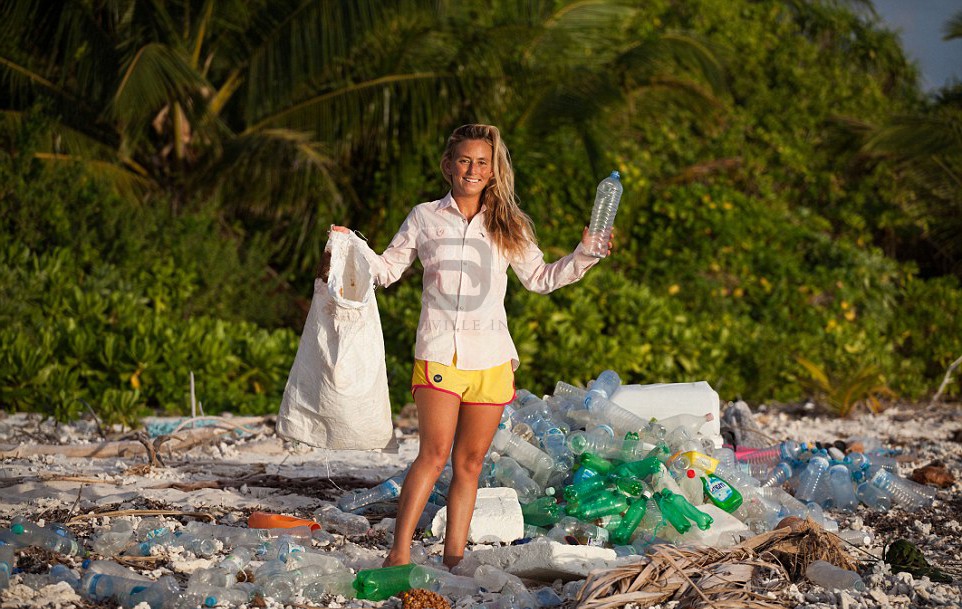 In the UK we use the likes of Grab Hire, Tipper Hire, Skip Hire and Wait and Load Rubbish Removal to combat and manage waste. Although these may not be best suited to the Maldives, perhaps adopting methods such as these would be great to work towards a sustainable future. Recycling is of utmost importance if we are limit our impact on the earth.

The aggregate industry was hit hard by the recession. However, over the last few years it has made a stead recovery and shown growth. In the third quarter of 2014 aggregate materials have seen its strongest rise yet indicating a growth in the construction industry.

Although there have been strong improvements in aggregates sales across the entire UK, it is evident that the general construction growth is still being driven by the Southeast of England and London. 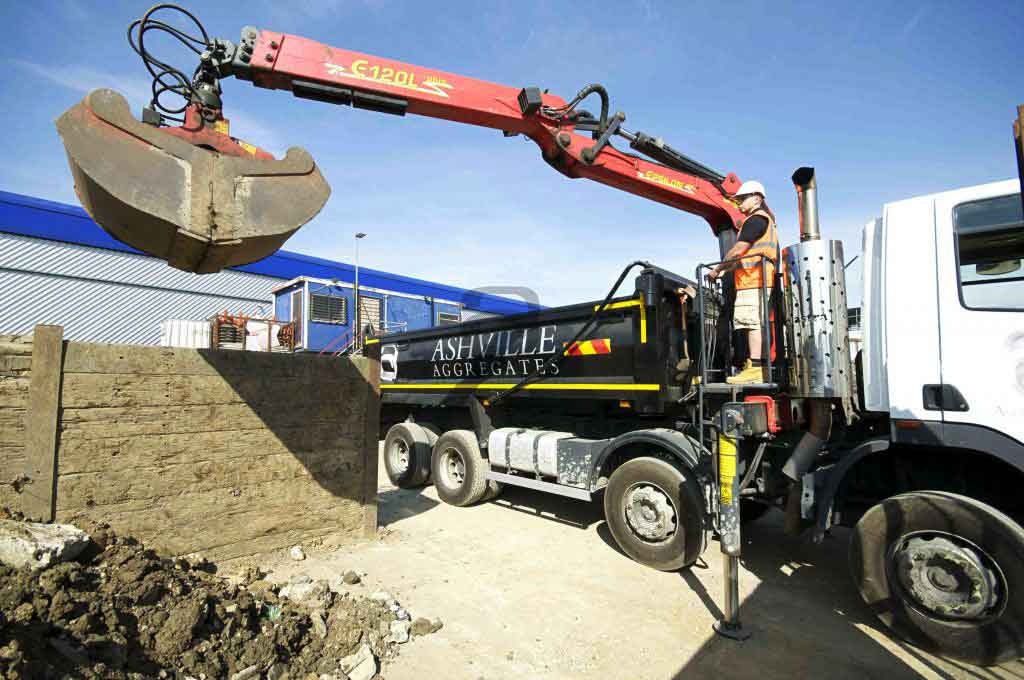 UK homeowners have been estimated to be hoarding up to £1billion pounds of unused/unwanted electronic equipment in their homes, which still holds a significant value. The UK market for trading pre-owed equipment is projected to be worth up to £3 billion pounds.

The government has backed plans to improve how electronic waste is disposed, by supporting 51 companies such as Samsung, Dell, B&Q and Argos etc.… Consumers will now be advised to trade in their unwanted electrical goods to retailers in exchange for money or vouchers as a part of a national initiative that has recently been revealed. 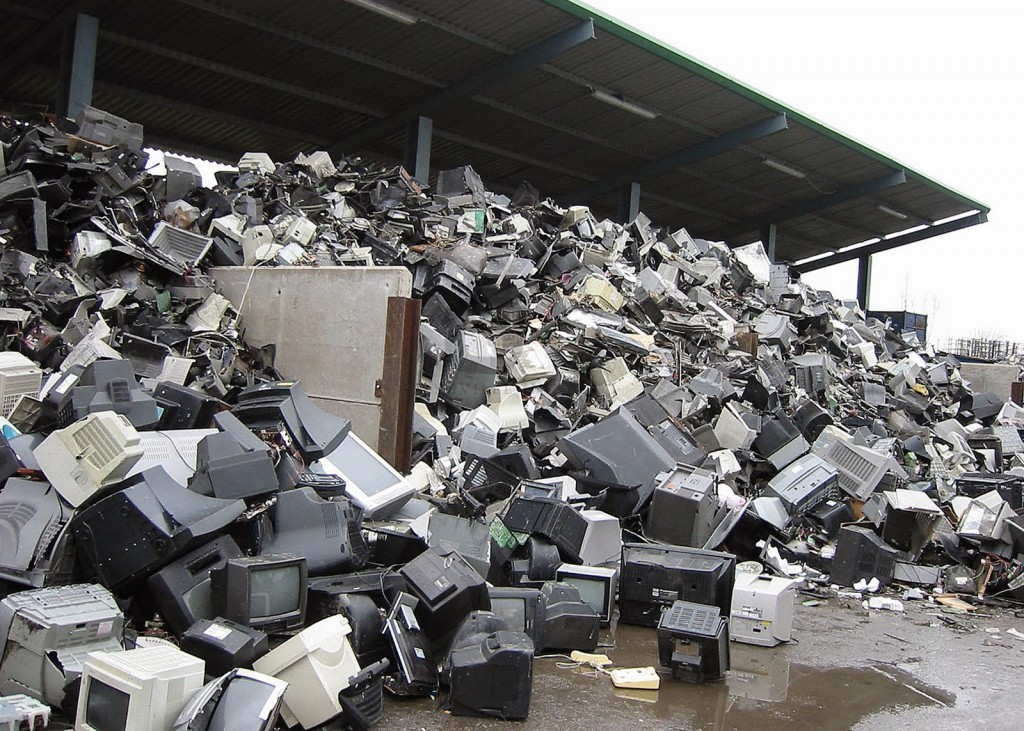 Further research undertaken by the government waste advisory body, Wrap, has revealed that two-thirds of customers would trade their unwanted electrical items, while 55{99759cf80298e985eca490a4754848b7bbc355cd41c4addccc9bf36ca3b9608d} said they would purchase used quality goods from a reputable retailer.

Recycling is a way of life in Sweden – Recycling Company

Every country produces waste and within the EU 150 million tones are put into landfills every year. However, Sweden are different and what their do with their waste may seem unusual to some.

Recycling is a way of life in Sweden. They convert much of their waste into energy using their 32 incineration plants. For this reason they are considered the world leaders in the field of recycling waste into energy.

In Helsingborg (which is in the south of Sweden) about 40{99759cf80298e985eca490a4754848b7bbc355cd41c4addccc9bf36ca3b9608d} of homes get their district heating from recycled waste incinerated from the new Forborna plant.   The waste that is used comes from household/industrial waste, scrape metal, food and glass, which need to be sorted prior to incineration. 3 tones of waste contains as much energy as 1 tone of fuel oil!!!!!!!. 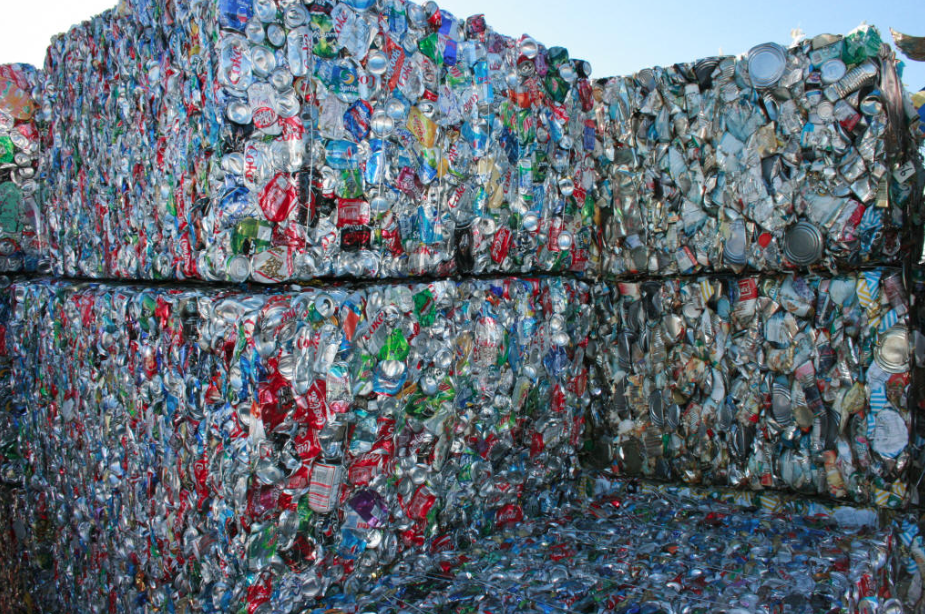 Sweden incinerates 2.2 million tones of household waste in the plants every year. However, despite the millions of tones of waste produced by the Swedes the plants have not reached capacity which has lead to importing up to 800,000 tones of waste from other European countries such as Norway, Ireland, UK and Italy.

700 kilos of waste corresponds to 250 killios of fuel oil in energy terms. 20{99759cf80298e985eca490a4754848b7bbc355cd41c4addccc9bf36ca3b9608d} of fuel that is used at the Felbornd plant is imported waste predominantly from the UK. With the UK government increasing tax’s on landfills every year and mounting pressure to find solutions, Sweden’s innovative recycling solutions are win for both the UK and themselves.

All incineration of waste is carried out under strict legislation and guidelines. Sweden manages to carry out incineration at under half the permitted emission levels.

A Shanghai construction company is the first to succeed in building 10 eco-friendly houses within 24hours.

Using an enormous 3D printer, each house created measured 200 square meters. Instead of using bricks and mortar the eco houses are entirely made from recycled construction, industrial waste and glass fiber mixed with cement. Each home cost less the £3000 to print. 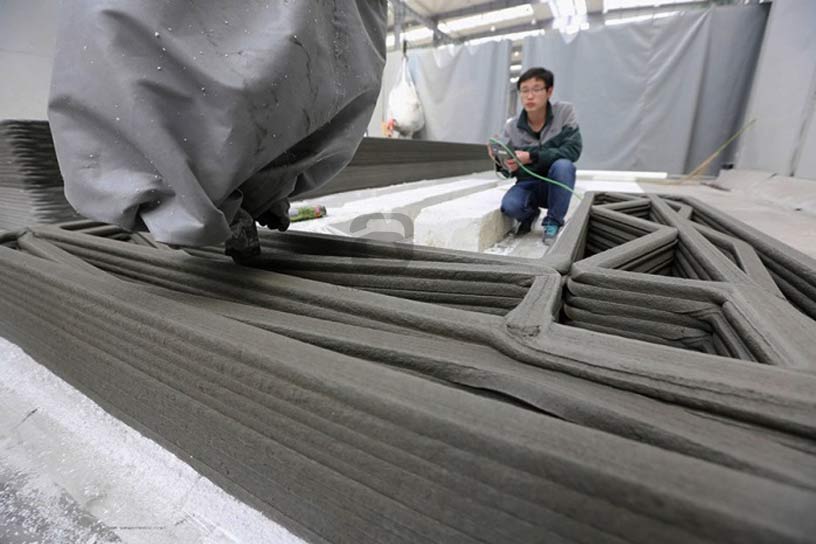 The 3D printer measures 10 meters wide by 150 meters long and produces a high-grade cement and glass fiber material, which is layer with the use of CAD plans. The printer took over 12 years to develop and costs £1.9m.

WinSun CEO Ma the inventor of the printer uses AutoCAD Architecture to not only plan the building but also to calculate tracing paths that take into account the electrical, plumbing, installation materials and windows which will be added after the structure is built. 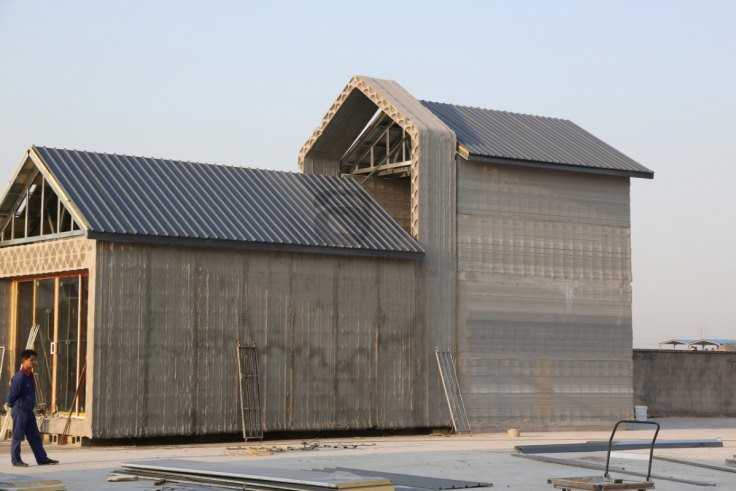 Ma stated “Industrial waste from demolished buildings are damaging our environment. With 3D-printing, we are able to recycle construction waste and turn it into new building materials”. 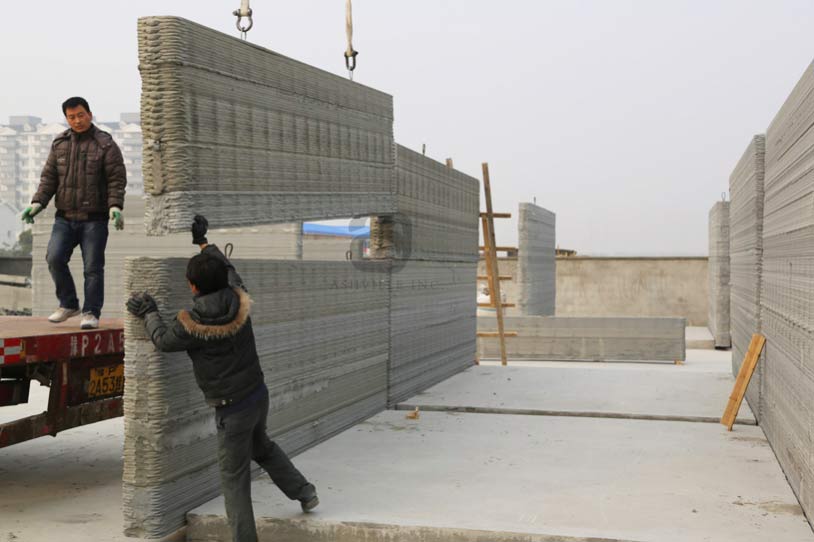 This new construction technology is one further step towards a sustainable future. It is also believed that construction costs could be dramatically reduced.

In the Uk we are behind the advances in Eco Homes internationally, but we are making headway. At the moment we focus on efficiency and insulation to save on energy costs. This is led by building regulations which are constantly increasing the standard of construction in the homes we newly create. It is believed that soon legislation will play a part, as the government are conscious of our impact on the environment. With the population increasing and a need for new homes, Eco Homes may well be the perfect solution. 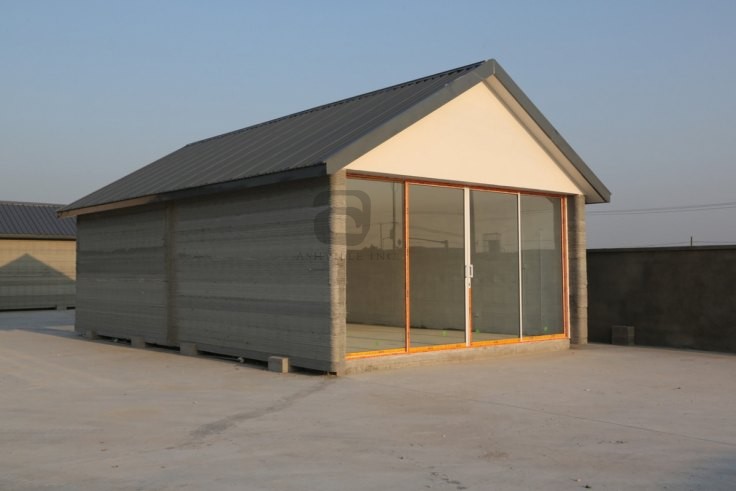 A fire has broken out in a 119-year-old coal mine and is expected to continue to burn for many years to come.

Members of the public called 999 during the weekend after noticing smoke pouring out of the park grounds near the River Tyne in Newcastle.

The land was formally part of a colliery which was part of the Clara Vale Colliery that opened in 1896 and closed 70 years later in 1966.

There have been no signs of the fire going out since being it was first detected. One burning mountain in Australia which was a seam, is thought to have been on fire for over 5,000 years after being set alight by lighting.

Excavations will need to take place for experts to gain an understanding of how long the fire will be alight. The footpath and surrounding area have been closed to the public as a precaution amid fears of land caving in and falling trees.

Underground fires can be ignited by natural causes like a lighting strike or a wildfire. Once started, they are very difficult to stop. Fires require fuel, oxygen and heat to burn, which means mines are ideal for them to keep alight for years.

If you would like to order one of our Grab Hire Wagon services, you can do so by contacting our helpful office team on 020 7736 0355 or by emailing us today on [email protected] You can also enter your details online by clicking here. 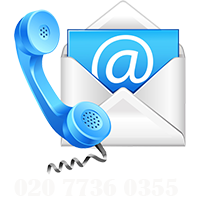